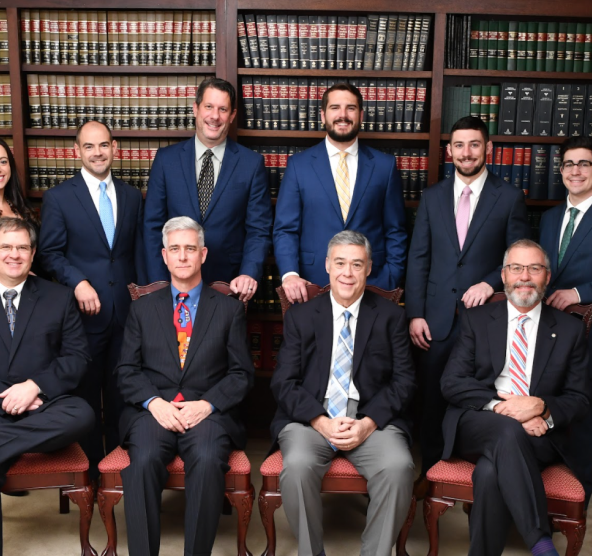 When driving by our office, you may see a polished brick building, a well manicured lawn and maybe one of our attorneys walking in and out of the regal door out front. What you may not see however, is the history that bustles through the walls of our brick office.

Law is constantly evolving, modernizing and being re-interpreted. As attorneys, it is our duty and joy to bring in new minds, new ideas and new discipline into our firm. However, we are quick to not lose sight of our roots. Many may not know that Hartsell & Williams, P.A. is the oldest law firm in Cabarrus County. It is a fact that we do not often boast about, but are extremely proud of nonetheless. Our roots give way to our story as a firm with a goal toward moral servitude and continuous learning.

On November 16, 1896, Luther Thompson Hartsell opened a law office over the Johnston's Furniture store. There he practiced alone until his only son, Luther Thompson, Jr. graduated from law school and joined him in the firm as Hartsell and Hartsell.

Growth of the firm began almost immediately, moving into the Morris building. Then, on July 1, 1924, Hartsell and Hartsell officially became one of the first tenants of the new Cabarrus Bank Building. 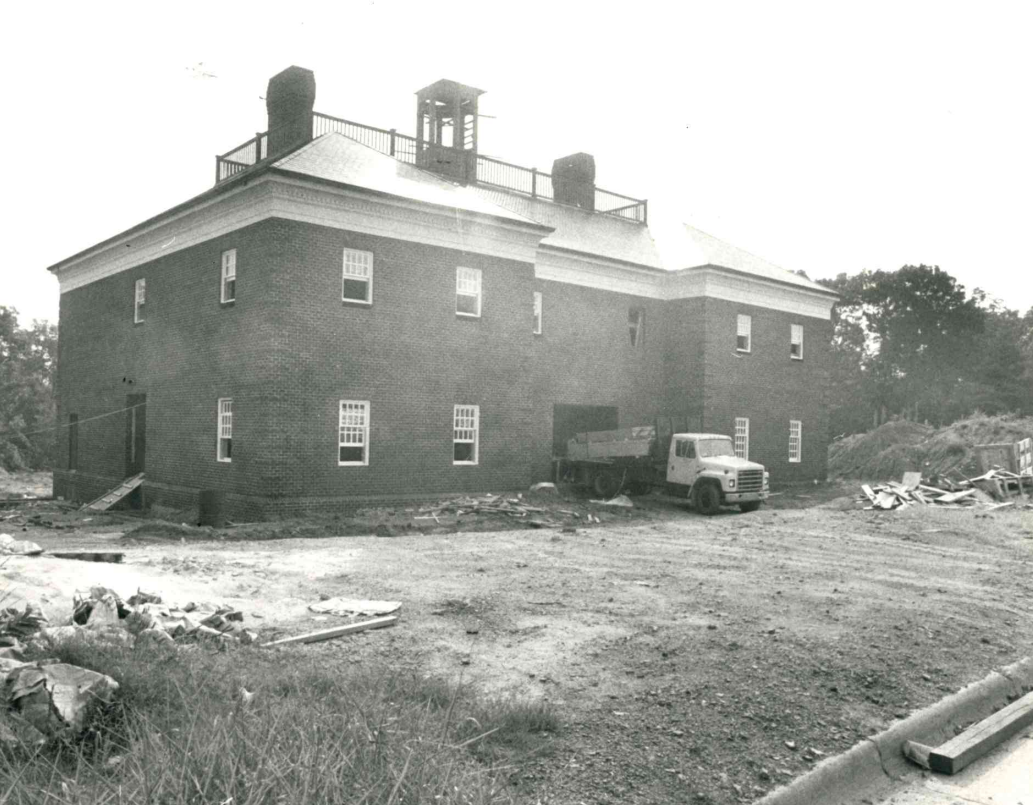 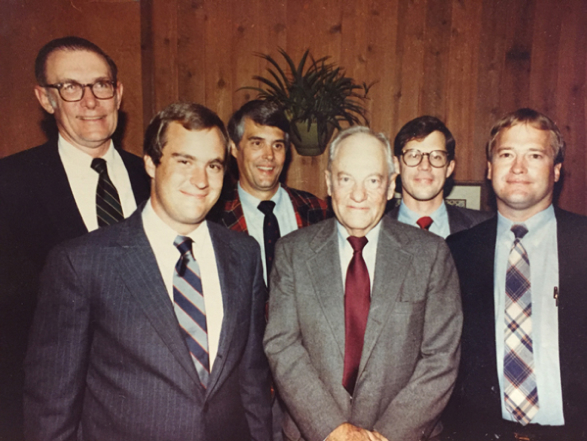 The Williams side of the firm was founded by a gentleman named John Hugh Williams. He, along with Duke classmates Brice Willeford and John Boger, who all grew up together in Cabarrus County, and were all operating solo practices in the Concord area. They eventually decided to join together and founded Williams, Willeford, and Boger in 1962 on South Union Street, becoming a top competitor to Hartsell and Williams. As two of the top trial lawyers in each of the top two firms in Concord, Williams and Mills often engaged in many courtroom battles.

The stage was being eloquently set for the moment that two expert legal minds and firms would join together, bringing the best and the brightest to Cabbarus County as one.

When the Cabarrus County Chapter of the American Red Cross was organized in 1917, Mr. Luther Thompson Hartsell became its first chairman and served actively in this capacity through the busy and tumultuous years during the World War and until 1923. His commitment to community and service continued to shine through in his extra-curricular interests which included membership in the Concord Rotary Club--even serving as its president in 1931-1932.

Hartsell also represented Cabarrus County by serving three terms in the General Assembly, one in the House and two in the Senate.
John Hugh Williams

John Hugh Williams may be best known by several nicknames, including “The Bull” and “The Dean of the Bar.” His father came to Cabarrus County in 1910 from Yadkin to practice law and eventually served in the North Carolina legislature. John Hugh served in the FBI and then briefly joined his father in his law practice. His main legal passions were insurance work and litigation.
The Merge

The law firms each went through several changes over the years. Eventually, it was decided that the two firms should merge. From birth to death and everything in between, Hartsell and Williams, would cover the legal needs for anyone who may walk in the door. With brilliant minds and legal expertise Hartsell and Williams officially became, and remains, the top and oldest firm in Cabarrus County. The decision to use only the founders’ names was in celebration of the founders who began the legal journey and to celebrate the diversity of partners within the firm.

Submission of this contact form does not constitute a legal relationship or form an attorney/client relationship. Hartsell & Williams, P.A. does not agree to represent you or to take your case simploy because you complete this form or email the firm.

Copyright © 2020 - Concord, NC Lawyer - Hartsell & Williams Attorneys, P.A.
The information on this website is for general information purposes only. Nothing on this site should be taken as legal advice for any individual case or situation.
This information is not intended to create, and receipt or viewing does not constitute, an attorney-client relationship. Please review our Privacy Policy.

Site by The Agency Marketing Group